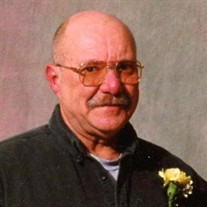 Arthur H. Williamson, Jr., age 71, of Rensselaer, Indiana passed away at his residence on Thursday, August 9, 2018. Arthur was born on August 1, 1947, in Rensselaer, to the late Arthur Williamson, Sr., and Mary Lucille “Dolly” (Ferguson) Williamson. Arthur graduated from Rensselaer High School, Class of 1966. Before his retirement, Arthur was employed by Donaldson’s Filtration in Rensselaer. He previously worked in shipping at the former Northway Products in Rensselaer for 18 years. He is a United States Navy Veteran and a past member of the Rensselaer V.F.W. Post #1279. He enjoyed woodworking and maintaining his collection of antique model tractors. He was an avid collector of antiques including furniture, milk bottles and coins, he found while metal detecting. Arthur is survived by; two daughters, Angi Williamson-Chapman of Pinellas Park, FL., Sarah Cannon of Rensselaer; one son, Chris Szabo of Rensselaer; three grandchildren, Cole, Katie, Jayden; two sisters, Kathy Bray of Missouri, Theresa (Robert) Luttrell of Goodland, IN; four brothers, Steven W. Williamson of Louisiana, Daniel J. Williamson of Vero Beach, FL, Patrick M. (Sarah) Williamson of Medaryville, IN and Michael (Beth) Williamson of Remington, IN. He was preceded in death by his parents. Friends may visit the family on Monday, August 13, 2018 from 9:00 AM to 11:00 AM at Jackson Funeral Chapel of Rensselaer. Funeral Services will be held at 11:00 AM at Jackson Funeral Chapel of Rensselaer on Monday, August 13, 2018 with Patrick Williamson officiating. Burial with military rites will follow at Memory Gardens of Rensselaer. In memory of Arthur H. Williamson, Jr., memorials may be made to the Wounded Warrior Project.

The family of Arthur H. Williamson Jr. created this Life Tributes page to make it easy to share your memories.

Send flowers to the Williamson family.