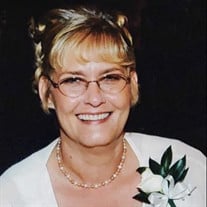 Belinda Marie “Linda” Messer, age 63 of North Judson, Indiana passed away on Friday, October 11, 2019 at Porter Regional Hospital, Valparaiso, Indiana. Linda moved to North Judson in 2017, having lived in San Pierre, IN from 1993 to 2017. Linda was born in Hammond, Indiana on January 30, 1956, the daughter of Homer and Wilma (Hopper) Keller. She attended Kankakee Valley High School, graduating with the Class of 1974. Linda received her LPN degree from Ivy Tech School of Nursing in 1991. She was employed as an LPN at Whispering Pines Health Care of Valparaiso. Linda worked previously at Sealy Springs in Rensselaer where she met her late husband, David. Linda married David A. Messer in Gifford, Indiana on December 15, 1984. David passed away January 2, 2011. Her first marriage was to Edward Wright, Jr. who passed away March 26, 1999. She was a member of the Oak Grove Primitive Baptist Church. Linda was a former member of Jasper County 4-H. She enjoyed being outdoors in her flower garden and bird watching, going camping, cooking, knitting and crocheting. Her greatest joy came from time spent with her family. Surviving are three daughters, Jennifer (Eric Krause) Wright of Downers Grove, IL, Amanda (Casey) Carlson of Lafayette, IN and Stacey (Dallas) Wiesemann of North Judson, IN; a daughter-in-law, Marie Wright of Goodland, IN, seven grandchildren, two brothers, Greg (Bobbie) Keller and John Ryan Keller, both of Cedar Lake, IN and many nieces and nephews. Linda was preceded in death by her parents, Homer and Wilma Keller, her husbands David Messer and Edward Wright, Jr. and a son, Jeremy Wright, who passed away on January 5, 2012. Friends may visit with the family on Tuesday, October 15, 2019 from 10:00 am until 12:00 pm at the Jackson Funeral Chapel in Rensselaer. NWI Nursing Honor Guard services will be held at 12:00 pm at the funeral chapel. Funeral services will follow on Tuesday at the Jackson Funeral Chapel in Rensselaer with Elder Thurman Ritchie officiating. Burial will be at Oak Grove Primitive Baptist Cemetery. Memorial contributions may be made to Jackson Funeral Chapel, P.O. Box 70, Rensselaer, IN 47978 to assist with funeral expenses. Please note “Belinda Messer funeral” on the memo line.

The family of Belinda "Linda" Marie Messer created this Life Tributes page to make it easy to share your memories.

Send flowers to the Messer family.