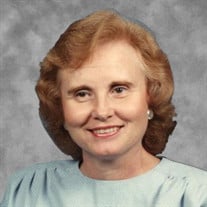 Carol Ann Spall formerly of Rensselaer died at Brownsburg Meadows in Brownsburg, Indiana on Thursday, August 22, 2019. Carol was born in Rensselaer, Indiana on January 24, 1939 to Maurice L. Swaim and Viola Nina (nee Houston) Swaim. She married Gerald “Jerry” Spall in Rensselaer at the Trinity United Methodist Church on August 11, 1957. Carol graduated from Rensselaer High School with the class of 1957. Carol and her husband operated Spall’s Carpet and Spall’s Blueberries for many years. Carol was elected to the office of Jasper County Auditor where she served from 1989 through 1996. She was then elected to the position of Jasper County Recorder, serving from 1997 through 2004. Carol was a member of the Trinity United Methodist Church in Rensselaer. Her hobbies included exercise and listening to music. Carol enjoyed going camping and fishing with her husband Jerry, and especially enjoyed time with her grandchildren. Carol is survived by two sons and one daughter, David (Diane) Spall of Surprise, Arizona, Brian (Tammy) Spall of Blanchard, Oklahoma and Leanne (Chad) Hickman of Indianapolis, Indiana. Also surviving are nine grandchildren and five great-grandchildren and her brother, Robert Lee (Charlene) Swaim of Stillwater, Oklahoma. Carol was preceded in death by her father Maurice Swaim, her mother Viola Swaim and her husband Jerry who passed away December 27, 2014. Friends may call at the Jackson Funeral Chapel in Rensselaer on Monday, August 26, 2019 from 9:00 to 11:00 a.m. Funeral services for Carol will be held at 11:00 a.m. Monday,August 26, 2019 at the Jackson Funeral Chapel in Rensselaer with Pastor John Hostetter officiating. Burial will follow at Memory Gardens Cemetery, Rensselaer, Indiana. In lieu of flowers the family suggests memorials be made to the Trinity United Methodist Church, 107 E. Angelica St., Rensselaer, IN 47978.

The family of Carol Ann Spall created this Life Tributes page to make it easy to share your memories.

Send flowers to the Spall family.