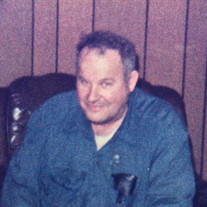 Clyde Layne, age 81, of Wheatfield, Indiana passed away November 25, 2017 at Franciscan Health, Rensselaer. Clyde was born on October 22, 1936 in Floyd County, Kentucky, the son of Lawrence and Maudie (Wireman) Layne. Clyde spent over 30 years working as a metal fabricator at Thrall Car Manufacturing in South Chicago Heights, Illinois. He was a member of the Wheatfield Pentecostal Church of God. He enjoyed working in his yard and garden and took pride in his family and was deeply loved by them. On November 4, 1961 in Harden County, Ohio, he married his loving wife, Mildred (Neeley), who survives. He is also survived by three children, Dianna (Scott) Colvin of Indianapolis, Indiana, Ricky Layne of Wheatfield, Indiana, Edward Layne of Cadiz, Kentucky, three grandchildren, Scott, Ed & Travis, four great-grandchildren, Ellie, Cate, Alice, & Wyatt. Also surviving are three sisters, Barbara, Donna, Betty and one brother Lloyd. Clyde was preceded in death by his parents, three brothers and one son, Rocky Layne. Friends may call at the Jackson Funeral Service of DeMotte on Tuesday, November 28, 2017 from 10:00 AM to 12:00 PM CST. Funeral services will be held immediately following at Jackson Funeral Service of DeMotte at 12:00 PM. Interment will then follow at DeMotte Cemetery, DeMotte, Indiana.

The family of Clyde Layne created this Life Tributes page to make it easy to share your memories.

Send flowers to the Layne family.