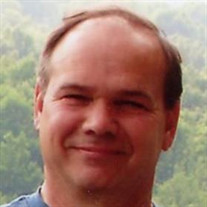 Dale “Pee Wee” Edmund Griffin of Monon, Indiana passed away Saturday, July 8, 2017 in Lafayette, IN. Dale was born in Rensselaer, Indiana on June 10, 1946, the son of Conard and Helen (Parks) Griffin. Dale was a graduate of the Rensselaer High School class of 1964. On June 10,1967 he married Linda DeVault and she survives. Dale was a scheduling manager for Wabash National and had worked at Monon Trailer. He proudly served in the US Army during the Vietnam Conflict and was a member of the American Legion Post 29 in Rensselaer. He loved old cars, being a street rodder and spending time with his family. Dale is survived by is loving wife Linda of Monon, a daughter Shannon Scheffee of W. Lafayette; brothers and sisters, Darald (Arlene) Griffin of VA, Carol Sue Olson of CA, Donald (Doris) Griffin of Monon, Willis (Paula) Griffin of NV, Patsy Ann (Mike) Osborn of Rensselaer, Gerald (Lucy) Griffin of NC, Curt (Lauri) Griffin of Brookston and Rita Horner of MO; 3 grandchildren, Kayla Calvo, Justice Scheffee and Riley Scheffee; 2 great grandchildren, Porter and Sonnie Calvo. Dale was preceded in death by his parents, a son Craig Griffin, brothers, Marshal and Lester Griffin and a sister Barbara Harper Friends may visit with the family at Jackson Funeral Chapel in Rensselaer on Tuesday, July 11, 2017 from 4 - 7 PM (CST). A Celebration of Life will be held at 7 PM (CST) on July 11, 2017 at Jackson Funeral Chapel in Rensselaer. Memorial donations may be given to Downs Syndrome Indiana, 780 E Michigan Street, Indianapolis, IN 46202.

The family of Dale Edmund Griffin created this Life Tributes page to make it easy to share your memories.

Send flowers to the Griffin family.