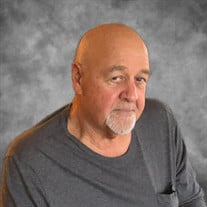 With family members by his side, Dennis M. Risner, age 74, of Rensselaer, IN, passed away on July 21, 2021 at his residence. Dennis was born in Rensselaer, IN on August 2, 1946, the son of Green and Ocie (Bailey) Risner. Dennis graduated from Wheatfield High School with the Class of 1964. He then earned his bachelor’s degree in Accounting from St. Joseph’s College. Dennis served his country proudly in the United States Air Force. He started working as a Chief Financial Officer for the former George Ade Memorial Hospital and then transitioned to Hospital Administrator before retiring from there in 1997. He traveled and played competitive golf around the country. Dennis also spent time as a rural Postal Carrier. On October 8, 1966, Dennis married Anita M. Zimmer in Mt. Clemons, MI, and she survives. Dennis was a longtime member of the Curtis Creek Golf Club and was club champion 6 times. He was also a member of the American Legion. Dennis loved to shop online and enjoyed building guitars, playing them, and then gifting them to his grandchildren. Dennis is survived by his wife, Anita; children, Elizabeth (Jason) Sonaty of Morocco, IN, Jacob (Yesuk) Risner of Yorba Linda, CA, Jane (Michael) Cochran of West Lafayette, IN, David (Vannessa) Risner of Carson, CA; 7 grandchildren, Kathryn, John, Allison, Joby, Astoria, Harrison, Eva; siblings, Green (Marilyn Risner of Wanatah, IN, Wanda (Ken) Gordon of LaPorte, IN, Donna (John) Johnson of The Villages, FL; sisters-in-law, Eva Risner and Mary Risner. Dennis was preceded in death by his parents and 2 brothers, Jim Risner and Dale Risner. A Time of Remembrance will be held on Tuesday, July 27, 2021 at Jackson Funeral Chapel of Rensselaer from 3:00 - 6:00 p.m. CST. Jackson Funeral Chapel has been entrusted with the arrangements. Memorial contributions may be made in honor of Dennis to Friends of the Jasper County Animal Shelter or St. Augustine Catholic School.

With family members by his side, Dennis M. Risner, age 74, of Rensselaer, IN, passed away on July 21, 2021 at his residence. Dennis was born in Rensselaer, IN on August 2, 1946, the son of Green and Ocie (Bailey) Risner. Dennis graduated from... View Obituary & Service Information

The family of Dennis M. Risner created this Life Tributes page to make it easy to share your memories.

Send flowers to the Risner family.