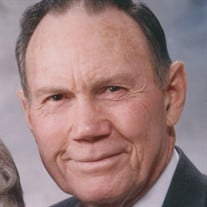 Devon E. “Gene” Faris, age 89 of Rensselaer, passed away Sunday, March 31, 2019 at Franciscan Health Rensselaer. Gene was born on June 10, 1929 in Francesville, Indiana, the son of George Ross and Nancy May (Wood) Faris. Gene was a 1948 graduate of Rensselaer High School. He joined the Indiana National Guard and served as a guardsman for ten years. Gene worked forty years as a carpenter with Union Carpenters Local #1005, retiring in 1994. He was a member of the Carpenter’s #1005 Retirement Club, was associated with the Trinity United Methodist Church in Rensselaer and a member of the Class of 1948 luncheon group. On March 28, 1953, in Rensselaer, Indiana Gene married Irene F. Standish and they shared 61 wonderful years of marriage. Irene passed away August 10, 2014. Caring for others was a priority for Gene and he was always available to lend a helping hand. He enjoyed fishing, building things, auto mechanic work and gardening in his younger days. Spending time with his family was one of the greatest pleasures of his life, and his family felt the same way about Gene. Surviving are their children, David Faris of Rensselaer, Kathleen (Ken) Hyde of Valparaiso, Indiana and Ronnie (Donna) Faris of North Judson, Indiana, seven grandchildren, Mike and Stephanie Faris, Amanda Taylor, Lauren Arnos, and Eric, Nathan and Austin Faris, 12 great-grandchildren and one great-great grandchild. Gene was preceded in death by his parents, his wife Irene, four brothers and two sisters. Friends may call at Jackson Funeral Chapel in Rensselaer on Saturday, April 6, 2019, from 9:00 to 11:00 am. Funeral services will be held on Saturday at 11:00 am at the Jackson Funeral Chapel in Rensselaer with Pastor John Hostetter officiating. Burial will follow at Memory Gardens Cemetery in Rensselaer. Memorials are suggested to the Trinity United Methodist Church, 107 E. Angelica Street, Rensselaer, IN 47978.

The family of Devon E. "Gene" Faris created this Life Tributes page to make it easy to share your memories.

Send flowers to the Faris family.