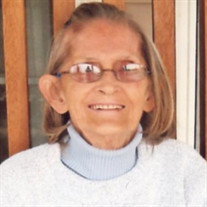 Dorothy B. (Knuth) Kennedy, age 90, passed away peacefully at her home in Rensselaer, Indiana on Tuesday, May 22, 2018. Dorothy was born in Decatur, Illinois on January 2, 1928, the daughter of Edmund Robert Knuth and Alma Marie (Lorenze) Knuth.... View Obituary & Service Information

The family of Dorothy B. Kennedy created this Life Tributes page to make it easy to share your memories.

Dorothy B. (Knuth) Kennedy, age 90, passed away peacefully at...

Send flowers to the Kennedy family.