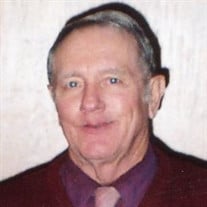 Gerald L. “Jerry” Pass, age 78, of Wheatfield, Indiana passed away at his home on Friday, December 6, 2019. Jerry was born May 31, 1941 in Rensselaer, Indiana, the son of Ralph and Gertrude (Dirst) Pass. Jerry graduated from Rensselaer High School with the class of 1960. He attended Liberty University in Lynchburg, Virginia from 1996-1998 where he received his Pastoral Degree. Jerry was a veteran of the U. S. Navy. He retired from U.S. Steel where he was an overhead crane operator for 18 years. Jerry was a horseshoer and had served as the minister at Community Bible Church in Whiting, Indiana for 15 years. He was a member of the First Baptist Church in Wheatfield and former Child Evangelism Fellowship Director for Jasper and Newton County. Jerry was proud to say he had been a member of the Jasper County Mounted Posse, working with Jasper, Lake, and Porter Counties Sheriff’s Departments. He was fortunate to ride in both the Cotton Bowl Parade and Tournament of Roses Parade and was honored to be a part of the mounted posse for the first Inaugural Parade of former President Ronald Reagan. On June 9, 1962, in Medaryville, Indiana Jerry married Dorthy Musgrave who survives. Jerry and Dorthy were the parents of two daughters, Sara (Martin) Atkins of Lafayette, Indiana and Alice (Steve) Kopka of Winamac, Indiana; grandparents of five, Shannon (Nicole) Kopka, Zachary (Cheryl) Kopka, Tarrah Kopka, Ryan (Mary) Kopka and James David Atkins; and great-grandparents of Alyssa Trinity, Jasmine Marie, Everett Levi, Jacklyn and Tucker. Also surviving are his siblings, Harry Pass of Lafayette, Indiana, Betty Pass of Rensselaer, Indiana and Ed (Janice) Pass of Veedersburg, Indiana. Jerry was preceded in death by his parents, Ralph and Gertrude Pass, one sister and two brothers. Friends will be received at the Jackson Funeral Chapel in Rensselaer on Monday, December 9, 2019 from 3:00 to 7:00 p.m. Funeral services for Jerry will be held at 10:30 a.m. the Jackson Funeral Chapel in Rensselaer on Tuesday, December 10, 2019 with Rev. Robin Gear and Pastor Tod Masters officiating. Burial will follow at Memory Gardens Cemetery, Rensselaer, Indiana. Memorials may be made to VNA Hospice of Porter County or the Jasper County Recovery House.

The family of Gerald "Jerry" L. Pass created this Life Tributes page to make it easy to share your memories.

Send flowers to the Pass family.