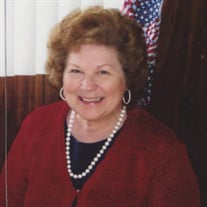 Jorja Selby passed away one month short of her 85th birthday at Franciscan Health AlternaCare in Rensselaer, IN from complications related to pancreatic cancer. Jorja Mae Ruth Spicer was born in Jacksboro, TN to the late Pearl (Gross) Nicoson and William Spicer, who both preceded her in death. She moved as a child with her family to Fair Oaks, IN to join other family members working on the Fair Oaks Farms. Jorja graduated from Fair Oaks High School. Jorja is survived by her children, Jean Brunton of Kissimmee, FL, Alan Brunton (Robin) of Fortville, IN, and Steve Brunton (Pam) of Evanston, IL; grandchildren Jerry Brunton II, Jillian Shotsberger, Sarah Hooten, Joey Shotsberger, Adam Brunton, Andrea Brunton and Penelope Brunton; great-grandchildren Brynn Brunton, Norah Brunton, Gunner Hooten, Remington Hooten, Maren Brunton, and Emmeline Shotsberger. She is survived by her husband Marvin Selby of Rensselaer, IN and sister Louise Rector of Fair Oaks, IN. She is also survived by numerous loving nieces and nephews. Jorja was preceded in death by her parents, brother Roy Spicer, and second husband William Daniels. Jorja was well-known for quilting. She hand-made over 300 quilts during her life, including many quilts donated to charities and churches as top raffle prizes, and quilts donated to wounded soldiers overseas. Some could identify her quilts by the unique stitching, which were always done by hand rather than by machine. Her generosity led her to host many dinners where proceeds went to charity, and to make financial and other contributions to people facing hardships. She was also the first Activities Director at the Rensselaer Care Center. Jorja is remembered by many, as the owner of the Homestead Inn restaurant in Rensselaer, a popular spot for weekday lunches and Sunday dinners in the seventies. She also owned Our Place Ladies Tea Room in Rensselaer. She was the first to open and manage the Puma’s Den at St. Joseph’s College. She also spent many years catering. Jorja will be interred at Memory Gardens in Rensselaer. A visitation will be held on Friday, March 6th from 10:00am-12:00pm followed by a funeral service at noon at Jackson Funeral Chapel in Rensselaer. The service will be officiated by Rev. Lisa Ulrich. Memorials may be made to the Living Stone Church of the Nazarene in Rensselaer, IN.

Jorja Selby passed away one month short of her 85th birthday at Franciscan Health AlternaCare in Rensselaer, IN from complications related to pancreatic cancer. Jorja Mae Ruth Spicer was born in Jacksboro, TN to the late Pearl (Gross) Nicoson... View Obituary & Service Information

The family of Jorja Mae Ruth Selby created this Life Tributes page to make it easy to share your memories.

Jorja Selby passed away one month short of her 85th birthday...

Send flowers to the Selby family.