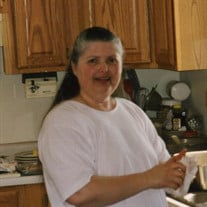 Judith E. Kuyrkendall, 76, of Rensselaer, Indiana, passed away on December 6, 2021, at Franciscan Health Rensselaer. Judith was born in Rensselaer, IN on February 2, 1945, the daughter of Ellis “Tank” and Cora Florence (Patrick) Risner. Judith graduated from Remington High School with the Class of 1963. Judith married the love of her life, Richard L. Kuyrkendall, on February 14, 1964, in Goodland, IN, and he passed on January 17, 2002. Judith worked as a caregiver and homemaker, taking care of her children and household. She had a daycare for 25 years and considered her daycare kids part of the family. Judith was a member of the First Baptist Church of Rensselaer. She was a very talented baker and loved gifting her goodies to her family and friends. She had a gentle and kind heart and will be missed dearly by her family. Judith is survived by her children, Jessica (Robin) Hayes of Rensselaer, IN, Greg Kuyrkendall of Rensselaer, IN, and Mat (Robin) Kuyrkendall of Brownsburg, IN; grandchildren, Amber Hayes-Shepherd, Stephen Shepherd, Renee (Tim) Kirsch, Bryce and Alexander Kuyrkendall; great grandchildren, Tatum, Zander, Jorie, Kip, and Magnus; siblings, Jan Deno and Brenda (Richard) Dexter, both of Rensselaer, IN; several nieces and nephews. Judith was preceded in death by her parents, Tank and Cora; brother, Danny Risner; sister, Mary Jean Williams. Friends may call upon the family at Jackson Funeral Chapel on Friday, December 10, 2021 from 10:00 a.m. to 12:00 p.m. A Funeral Service will be held immediately following at Jackson Funeral Chapel of Rensselaer at 12:00 p.m. with Dr. James Blanchard officiating. Interment will follow at Memory Gardens of Rensselaer. In lieu of flowers, memorial contributions may be made to the St. Jude Children’s Hospital and/or the American Cancer Society.

Judith E. Kuyrkendall, 76, of Rensselaer, Indiana, passed away on December 6, 2021, at Franciscan Health Rensselaer. Judith was born in Rensselaer, IN on February 2, 1945, the daughter of Ellis &#8220;Tank&#8221; and Cora Florence (Patrick)... View Obituary & Service Information

The family of Judith E. Kuyrkendall created this Life Tributes page to make it easy to share your memories.

Send flowers to the Kuyrkendall family.