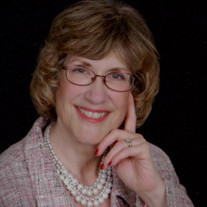 Kathie M. Hostetter, age 63, of Rensselaer, Indiana passed away unexpectedly Monday, September 11, 2017 at Franciscan Health Rensselaer. Kathie was born in Carthage, Illinois on August 16, 1954, the daughter of Robert G. Mensendick, Sr. and Katharine A. (Wendorff) Guither. Kathie was raised in Carthage, Illinois where she graduated from Carthage High School with the Class of 1972. She attended Illinois Wesleyan University, graduating in 1976 with a B.A. in Music Education. In 1980 Kathie received her Masters of Divinity from Garrett Evangelical Theological Seminary in Evanston, Illinois. On July 19, 1980, in Carthage, Illinois, Kathie married the love of her life, Pastor John Hostetter who survives. They are the parents of two children, Stephen (wife Mary) Hostetter of Fort Wayne, Indiana and Anne (husband Michael) Valentine of El Lago, Texas. Also surviving is her mother, Katharine Guither of Quincy, Illinois, two grandchildren, Michael and Katherine Valentine and her brother, Robert G. (wife Diana) Mensendick, Jr., of St. Ann, Missouri. Kathie was the pastor of several churches in Northern Indiana from 1981 to the present; her last nine years serving as pastor of the Roselawn United Methodist Church. Prior to being a pastor Kathie served as a music teacher for one year in Buda, Illinois. Kathie was a member of the Trinity United Methodist Church in Rensselaer. She had been involved with the Girl Scouts of America for many years, working for the Girl Scouts of America in Goshen, Indiana. Kathie was a true believer in Christ, who also loved music and spending time with children and grandchildren. In her leisure time she enjoyed bird watching and her cats. A Celebration of Life will be held on Saturday, September 16, 2017 at 11:00 A.M. CDT at the Trinity United Methodist Church, Rensselaer, Indiana with Rev. Kate Walker officiating. Memorial contributions are suggested to the Roselawn United Methodist Church, P.O. Box 119, Roselawn, IN 46372 or to Hurricane Flood Relief programs of your choice. The family is being assisted by Jackson Funeral Chapel of Rensselaer.

The family of Kathie M. Hostetter created this Life Tributes page to make it easy to share your memories.

Send flowers to the Hostetter family.