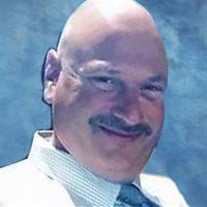 Kevin Ryan Long, age 52, of Rensselaer, Indiana passed away unexpectedly Sunday, March 3, 2019 while on vacation in Cancun, Mexico. Kevin was born in Rensselaer on July 10, 1966, the son of Halleck and Phyllis (Phares) Long. He was raised in Rensselaer, graduating from Rensselaer Central High School with the class of 1984. He furthered his education at Northern Illinois University. Kevin was an electrician with the Local #531-LaPorte and presently was working at British Petroleum (BP) Local#7-1 in Whiting, Indiana. On May 12, 1992, in Rensselaer, Kevin married Coleen Janet Dewees who survives. He is also survived by his mother, Phyllis Long of Rensselaer; children, Angie (Jason) Fellmy, Don (Kathy) Jordan, Heather Gross and Tracie (James) Austin; grandchildren, Dacia, Skylier, Brittany, Hunter, Bryce, Paige, Breanna, Daisy, Kloi and Brylan; great grandchildren, Aubree, Harmony and Elijah; a brother, Chris (Laura) Long of Dacona, CO, foster brother, Rick Chambers of Rensselaer, IN; nieces and nephew, Kayleigh, Annalyssa, Stephanie, Tammy, Jennifer, Aimee, Jill and Mikey; brother-in-law, Mark (Becky) Dewees and a sister-in-law, Cookie Dewees. Kevin was preceded in death by his father, Halleck Long. Kevin was baptized at the Virgie Christian Church. While attending Rensselaer Central High School, Kevin participated and acted in all the school musicals, was an All State Choir participant and a member of the High School Band. Kevin later became an active and instrumental member of the Carnegie Players and was a former participant of the Fendig Summer Theater program in Rensselaer. He enjoyed cooking, writing fantasy and fiction stories and loved watching and enjoying the humor of Monty Python. He was an accomplished bagpipe player who was proud to wear his Scottish kilt. Kevin was a member and Past Master of Prairie Lodge #125 F & AM and a member of Masonic Orak Shrine. Kevin’s greatest joys came from being with his family and will be dearly missed by them. Friends may call on Sunday, March 10, 2019 from 2:00 to 8:00 p.m. at the Jackson Funeral Chapel in Rensselaer. Masonic services will be conducted at 7:00 p.m. Sunday at the funeral chapel. Funeral services will be held on Monday, March 11, 2019 at 10:30 a.m. at the Jackson Funeral Chapel in Rensselaer with Pastor Tim Hester officiating. Burial will follow at Fair Oaks, Cemetery, Fair Oaks, Indiana. Memorials may be made to Prairie Lodge #125 F & AM , c/o Steve Musch, 3195 W. Clark Street, Rensselaer, IN 47978

Kevin Ryan Long, age 52, of Rensselaer, Indiana passed away unexpectedly Sunday, March 3, 2019 while on vacation in Cancun, Mexico. Kevin was born in Rensselaer on July 10, 1966, the son of Halleck and Phyllis (Phares) Long. He was raised... View Obituary & Service Information

The family of Kevin Ryan Long created this Life Tributes page to make it easy to share your memories.

Send flowers to the Long family.