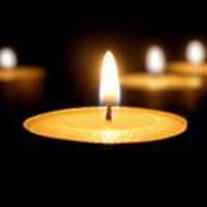 Lawrence W. Carter passed away May 6, 2018 after a lengthy illness following a stroke. He is survived by his wife of 65 years, Nancy (Nichols) and son Steve (Marilyn), grandchildren Caroline, Noelle and Christopher, sister Ruth Swart and brothers Robert and David. He was preceded in death by parents Marion and Henrietta, and brother, Richard. Larry was born September 13, 1934 on a farm near DeMotte, Indiana. His youth included farm work, participating in 4-H, and selling produce at the Gary farmers' market. The family moved to Rensselaer during his high school years. He attended Purdue, then left school to farm and marry Nancy, then moved near Hebron, Indiana where Larry became active in the community, and sold farm real estate. He was a member of the Range Line Presbyterian Church (serving as trustee and elder), original St. Anthony's Hospital fundraising committee, Kankakee River Basin Advisory Committee, and 40-year John Purdue Club member. His primary interest remained farming 1,500 acres in Lake, Jasper and Benton counties. He saw engagement in politics as a way to influence farm policy: participating in campaigns and attending conventions at county, congressional district, state and national levels. He and Nancy chaired Farm Families for Nixon in 1972 and attended the 1981 presidential inauguration in Washington, DC. Larry received a presidential appointment from 1981-1989 as one of three members of the United States Department of Agriculture Indiana Agricultural Stabilization Committee. Larry retired in 1997, and moved to Indianapolis. Services will be at Rensselaer First Presbyterian Church Friday, May 11 at noon CDT. Calling begins at 11:00. Interment will follow at the family plot in nearby Memory Gardens. In lieu of flowers the family encourages donations to the church or charity of choice.

Lawrence W. Carter passed away May 6, 2018 after a lengthy illness following a stroke. He is survived by his wife of 65 years, Nancy (Nichols) and son Steve (Marilyn), grandchildren Caroline, Noelle and Christopher, sister Ruth Swart and brothers... View Obituary & Service Information

The family of Lawrence W. Carter created this Life Tributes page to make it easy to share your memories.

Send flowers to the Carter family.