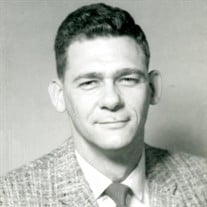 Lester David “Jack” Baer, age 92, of Rensselaer, Indiana, passed away Thursday, December 3, 2020 at Franciscan Health Rensselaer. He was born in Monticello, Indiana on July 4, 1928, the son of Lester Cornell and Mabel Edith (Wheaton) Baer. Jack graduated from Idaville High School, Class of 1946 and then earned his Master’s degree from Indiana University, Bloomington. On June 10, 1950, in Chicago, Illinois, he married Barbara Warner, who survives. Jack served in the United States Army during World War II. After his discharge, he and Barbara attended Indiana University. They moved to Rensselaer in 1954. He worked as a teacher in Monon, Newland, South Barkley and Marion public schools and eventually became Elementary School Principal at Van Rensselaer Elementary School. He loved being in the classroom and teaching. He was revered by his students and made a positive impact on many of those who were under his tutelage. He was a member of the First Presbyterian Church of Rensselaer and a former member of the Rensselaer Rotary Club. Jack enjoyed playing golf and spending his retirement with his grandchildren and great-grandchildren. Jack is survived by his loving wife, Barbara, his children: David (Donna) Baer of Rensselaer, IN, Jeffrey (Candy) Baer of Martinsville, IN, Gregory (DeAnn) Baer of Columbus, IN, Patricia (Stephen) LeBlanc of Port Orange, FL; nine grandchildren, fifteen great-grandchildren and two great-great-grandchildren. He was preceded in death by his parents, two brothers and a granddaughter. A private graveside service will be held at the Pike Creek Cemetery in Monticello, Indiana. A memorial service is being planned for a later date, around Jack’s birthday in July 2021. Memorial contributions may be made in Jack’s memory to the American Diabetes Association, or the First Presbyterian Church of Rensselaer, Indiana.

The family of Lester David "Jack" Baer created this Life Tributes page to make it easy to share your memories.

Send flowers to the Baer family.