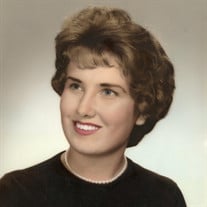 Lucy H. Lane, age 72, of Rensselaer, Indiana passed away August 23, 2017 at I. U. Health Arnett, Lafayette, Indiana. Lucy was born April 2, 1945, in Rensselaer IN, the daughter of Willard and Mary (Troehler) Powell. She graduated from Rensselaer High School with the Class of 1963. On December 26, 1964, Lucy married Leonard F. Lane in Rensselaer, IN. Leonard passed away in the Vietnam War in 1966. She was a bank teller at the State Bank of Rensselaer for 40 years. Lucy enjoyed spending time with her family, especially her grandchildren and great-grandchildren. She enjoyed making ceramics and was an active member of her community. She loved to travel and after she retired she became very interested in her family genealogy. Lucy was very proud of her research on the Powell family. She clarified the families Welch roots when she traveled to England and Wales with her cousin Fay Gish Hill, in 2009. They verified the family connections with the East India company in the 1700's and visited the church at Carmarthen, Wales where the family was buried. They were able to locate the house where the family had lived in London and did research in two London libraries. It was a genealogy trip of a lifetime. Surviving are her loving sons, Leonard F. “Frank” (Tina) Lane Jr. of Wolcott, IN and Rodney S. (Ann M,) Lane of Kentland, IN. grandchildren, Jessica (Jeremiah) Alkula of Lebanon, IN, Leonard (Jessica) Lane of Wolcott, IN, Ashlyn Lane of Fowler, IN, Shawna Lane of Kentland, IN and Veronica Lane of Wolcott, IN., 6 great-grandchildren and her loving brother, William W. (Sherry) Powell of Wolcott, IN. Friends will be received by the family at the Jackson Funeral Chapel of Rensselaer on Monday, August 28, 2017 from 3:00 PM to 8:00 PM. Funeral services will be held at Jackson Funeral Chapel, Rensselaer, Indiana on Tuesday, August 29, 2017 at 10:30 AM with Pastor Tom Dewlen officiating. Burial will follow at Weston Cemetery, Rensselaer, Indiana. Memorial contributions may be made to the Alzheimer’s Association, 50 E. 91st St., Ste 100, Indianapolis, IN 46209-4830.

Lucy H. Lane, age 72, of Rensselaer, Indiana passed away August 23, 2017 at I. U. Health Arnett, Lafayette, Indiana. Lucy was born April 2, 1945, in Rensselaer IN, the daughter of Willard and Mary (Troehler) Powell. She graduated from Rensselaer... View Obituary & Service Information

The family of Lucy H. Lane created this Life Tributes page to make it easy to share your memories.

Send flowers to the Lane family.