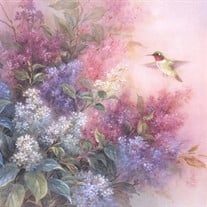 Margene Houston, age 91, of Rensselaer passed away Monday, February 26, 2018 at Franciscan Health Rensselaer - Alternacare. Margene was born in Rensselaer, Indiana on December 28, 1926, the daughter of Chalmers and Mary (Donaldson) Askren. Margene was a lifetime resident of Rensselaer. She graduated with the class of 1944 from Rensselaer High School and continued her education, graduating from International Business College. Her marriage was on July 17, 1948, in Medaryville, Indiana to Deloss Elwin Houston. Deloss passed away on November 3, 1966. Margene was employed with Farm Bureau Insurance. Prior to that she was a deputy clerk with the Jasper County Clerk’s office. She enjoyed traveling, oil painting, reading and flowers. She was the author of two column’s for The Farm News of Jasper County, one being a cooking column and the other about the views and adventures of her curious cat that was entitled “It’s True by Quincee Q.” Margene was a member of the Trinity United Methodist Church in Rensselaer. She is survived by her loving family, daughter and son-in law Dianne and Jerry Mydlach, of Littleton, Colorado, son and daughter-in-law Dennis and Jayne Houston of Rensselaer, Indiana, two grandchildren, Elizabeth Houston of Rensselaer and Tyler Mydlach of Littleton and two great grandchildren, Matthew Swartz and Alison Geesa. Margene was preceded in death by her parents, her husband Deloss and one sister, Pauline Howell. Friends will be received on Sunday, March 4, 2018 from 12:00 to 1:00 p.m. at the Jackson Funeral Chapel of Rensselaer. Funeral services will follow at 1:00 p.m. Sunday at the Jackson Funeral Chapel of Rensselaer with Pastor John Hostetter officiating. Graveside services will be held at 10:00 a.m. on Monday, March 5, 2018 at Memory Gardens Cemetery in Rensselaer. Memorials are suggested to the charity of the donor’s choice.

The family of Margene Houston created this Life Tributes page to make it easy to share your memories.

Send flowers to the Houston family.