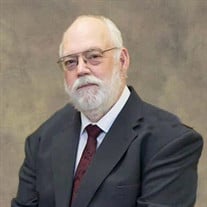 Mark Alan Querry passed away August 30, 2021, surrounded by family, in his home at the age of 69. He was born in Lafayette, Indiana on August 23, 1952, to Dr. Ralph and Barbara (Gottschalk) Querry, who preceded him in death, and grew up in Fowler, Indiana. He was the oldest of 4 children. He had twin brothers, Kent and Kevin who both preceded him in death, and sister Janice (Tom) McNab of Phoenix, AZ. He attended Benton Central High School where he played football and excelled on the swim team. After high school, Mark attended Purdue University and graduated with an Associate’s degree in Drafting and a Bachelor’s degree in Supervisory Engineering. After graduation he moved to Gillette, Wyoming and worked for AMEX Coal as an engineer. He then returned home and eventually moved to Morocco, Indiana and began working for Talbert Manufacturing in Rensselaer. He worked around the Rensselaer area in the engineering field until he was offered a job at Crown Point High School in the Vocational area. He had always loved working with kids, having been Boy Scout leader for 14 years and having many Eagle Scouts that he was so proud of and was overjoyed to be able to work with kids again. He started a robotics program his first year there and took them to the world competition every year where they won first place all but one year. The true loves of his life were his wife, Cheryl (Gifford) Querry, and his children, Michael Querry of Gilbert, AZ, Ian (Alicia) Querry of Fairmont, IN, Trista Calhoun (Kevin Raber) of Westfield, IN, Elise Northcutt (Daniel Rupprecht) of Westfield, IN, and his grandchildren Lucas Querry, Benjamin Querry, Zoe Querry, William Calhoun, Isabel Calhoun, Kai Northcutt, and Ava Elizabeth Rupprecht, who were his heart. Of course, anyone who knew Mark knows that he was at his happiest when he was in the boat fishing. He and Cheryl spent many years on the lake at Anchor Inn in Minnesota having the best times and loving their time together. The other thing that he loved doing was singing in the choir at church. Mark was a devoted member of the Trinity United Methodist Church of Rensselaer. He loved praising his Lord with his voice. Mark was very active in his church getting his certification as a Lay Speaker and filling in when Pastors needed to be gone. He went on multiple mission trips overseas and loved every minute. He positively impacted so many people in the community and during his mission trips through the church and Boy Scouts. The only thing bigger than his laugh was his heart. Mark is survived by his loving wife, four children, seven grandchildren, one sister, and many nieces and nephews. Friends may call upon the family at Jackson Funeral Chapel of Rensselaer on Friday, September 3, 2021 from 2:00 – 8:00 p.m. A funeral service will be held at Trinity United Methodist Church of Rensselaer on Saturday, September 4, 2021 at 10:30 a.m. with Pastor Andy Martin officiating. Memorials may be made to the Vex Robotics Program in Crown Point, IN.

Mark Alan Querry passed away August 30, 2021, surrounded by family, in his home at the age of 69. He was born in Lafayette, Indiana on August 23, 1952, to Dr. Ralph and Barbara (Gottschalk) Querry, who preceded him in death, and grew up in Fowler,... View Obituary & Service Information

The family of Mark Alan Querry created this Life Tributes page to make it easy to share your memories.

Send flowers to the Querry family.