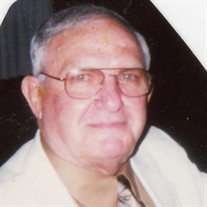 Michael F. Fogarty, age 78, of Rensselaer, Indiana passed away September 17, 2018, at the Rensselaer Care Center. Michael was born in Chicago, Illinois on January 27, 1940, the son of William and Francis (Kertz) Fogarty. He was raised in Chicago where he graduated with the class of 1957 and went on to receive his Associated Degree both from Chicago Vocational School. He served six years with the U. S. Army Reserves.Michael was a Chicago police officer for 33 years. After retirement he worked in security and in the janitorial department at Jasper County Hospital in Rensselaer. Michael served as a sponsor with Alcoholic’s Anonymous for 32 years in Jasper County. He was a member of the St. Augustine Catholic Church in Rensselaer and enjoyed golfing. Michael will be remembered for having a tremendous sense of humor and using “puns” on words with his family and friends. On June 18, 1965, in Chicago, Michael married Marlene Patton who survives. Surviving with his loving wife Marlene are his loving family, daughters, Lynette (Darrell) Osman of Rensselaer, IN and Bernadette (Richard) Dingmon of Knox, IN, seven grandchildren and 11 great grandchildren, and his siblings, Dennis Fogarty of Las Vegas, NV, Patrick (Carol) Fogarty of Cedar Lake, IN, Terrence (Edie) Fogarty and Carolyn Smith both of Chicago, Maureen Swiectz of Indiana, Kathy (Joe) LoBianco of Las Vegas and Kevin (Marsha) Fogarty of Normal, IL. Michael was preceded in death by a sister, Faith Fogarty and a brother, Tommy Fogarty. Friends may call at the Jackson Funeral Chapel of Rensselaer on Saturday, September 22, 2018 from 9:00 a.m. to 11:00 a.m. Funeral mass will follow at 11:00 a.m. on Saturday at the St. Augustine Catholic Church in Rensselaer with Father Don Davison officiating. Burial will be at St. Mary’s Catholic Cemetery, Chicago, Illinois. Memorials may be made to the Alzheimer’s Association, American Cancer Society or the St. Augustine Catholic School.

Michael F. Fogarty, age 78, of Rensselaer, Indiana passed away September 17, 2018, at the Rensselaer Care Center. Michael was born in Chicago, Illinois on January 27, 1940, the son of William and Francis (Kertz) Fogarty. He was raised in Chicago... View Obituary & Service Information

The family of Michael Fogarty created this Life Tributes page to make it easy to share your memories.

Send flowers to the Fogarty family.