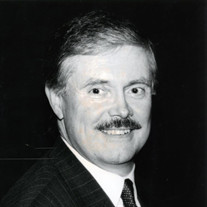 Not sure what to send?

Michael Stephen Kanne, 83, of Rensselaer, Indiana, passed away peacefully at home on June 16, 2022. Michael was born in Rensselaer on December 21, 1938, to the late Allen R. and Jane (Robinson) Kanne. Michael attended St. Augustine Catholic School, Rensselaer Central High School, Indiana University, and the IU School of Law. He earned his Bachelor of Science degree from IU in 1962. Michael enlisted in the U.S. Air Force, serving from 1962-1965 and earning the title of 1st Lieutenant. He went back to college and earned his law degree in 1968. He then utilized his law degree to build an illustrious career in the judicial system over a span of fifty years. Being a lifelong Rensselaer resident, he started as an attorney serving those in Jasper and surrounding counties from 1968-1972. He also served as the attorney for the City of Rensselaer in 1972. From 1972-1982, Michael sat as the judge for the Jasper County Circuit Court. In 1982, he was nominated by President Ronald Reagan to a seat on the United States District Court for the Northern District of Indiana, was confirmed, and received his commission. In 1987, Michael was again nominated by President Reagan to a seat on the United States Court of Appeals for the Seventh Circuit, was confirmed, and received his commission. During his career, he was active in the Judicial Conference of the United States, chair of Judicial Security, member of space and facilities, chair of the sub-committee that developed the United States Courts Design Guide, and Vice President of the Indiana Judicial Bar. He remained in active service until his passing. On June 22, 1963, he married his love, Judith Ann Stevens, in Bloomington, IN at the Indiana University Chapel. They also had a service at St. Augustine Catholic Church in Rensselaer, where he was a member. Michael was a founding member and President of Camp Kanne, a boy scout youth organization located in Rensselaer. He also served on the St. Augustine and the St. Joseph’s College board of trustees. He is survived by his wife Judy; children, Anne Elizabeth (Mark Padly) Kanne and Katherine Stevens Kanne; and brother, Edward A. (Kyriacoula “Koula”) Kanne. He was preceded in death by his parents. Visitation will be held at Jackson Funeral Chapel on Tuesday, June 28, 2022, from 3:00 PM – 7:00 PM CDT and on Wednesday, June 29, 2022, from 10:00 AM - 11:30 AM CDT. The Funeral Mass will be held following the visitation at St. Augustine Catholic Church at 12:00 PM CDT. Interment will follow at Mt. Calvary Cemetery, Rensselaer, with full military rites. Memorial contributions may be made to the St. Augustine Catholic School.

The family of Honorable Michael S. Kanne created this Life Tributes page to make it easy to share your memories.