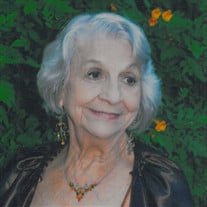 Myrtle M. “Dottie” (Bingham) Kaupke, 85, of Phoenix, Arizona passed away at her home in Phoenix on August 24, 2017. Dottie was born at home in Enos, Indiana on August 10, 1932. Dottie was preceded in death by her husband, Richard A. Kaupke in 1983 and her son Richard (Kathleen) Kaupke, of Glendale, Arizona in 2007. She is survived by her children: Margaret (Martin) Jones, Tucson, AZ; David (Teresa) Kaupke, Coronado, CA; Greg (Beatrice) Kaupke, Indianapolis, IN; and Michelle (Doug) Willis, St. Petersburg, FL. Dottie is also survived by 13 grandchildren and 6 great-grandchildren. Dottie was the sixth of nine children born to Harrison and Margaret (Brenneisen) Bingham. Her sister Audrey (Gene) Johnson, Escondido, CA; two brothers, Larry (Judy) Bingham, Morocco, IN; and Dennis (Peggy) Bingham, San Marcos, CA; and numerous nieces and nephews also survive. Dottie grew up in Enos, IN and graduated from Morocco High School in 1950. On September 22, 1951 she married Richard and after a brief time of living in New Mexico while Richard was in the Air Force, they settled back in Morocco, IN. Richard and Dottie raised their family and Dottie was active in both Eastern Star and Rainbow Girls. Dottie worked for Permonite Manufacturing in Morocco until Richard, Dottie and Michelle moved to Seminole, FL in 1980. While living in Seminole, Dottie worked for Eckerd Corporation. Following the death of Richard, Dottie moved to Phoenix, AZ in 1989. From 1989 until her retirement in 2002, Dottie worked for Huber, Hunt, & Nichols Construction Group building major sports complexes and hotels in the Arizona and Southern California area. After retirement, Dottie enjoyed spending time with her grandchildren and great-grandchildren and going to the Arizona Diamondbacks baseball games. Above all else, Dottie loved to visit with her family and she will be greatly missed by them and all who knew and loved her. A Memorial Service and internment will be held at 12:00 noon on Saturday, October 7, 2017 at the Memory Gardens Cemetery in Rensselaer. Arrangements are under the direction of the Jackson Funeral Chapel, Rensselaer.

The family of Myrtle "Dottie" M. Kaupke created this Life Tributes page to make it easy to share your memories.

Send flowers to the Kaupke family.