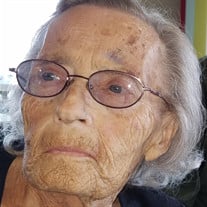 Patricia J. “Pat” Mitchell, 82, of Rensselaer passed away at her home Friday, June 29, 2018. Pat was born in Rensselaer, Indiana on July 21, 1935, the daughter of Otto and Loretta C. (Lockard) Slaughter. She was raised in Rensselaer, graduating from Rensselaer High School with the class of 1953. Pat recently celebrated her 65th High School Class Reunion with classmates. On September 12, 1953, at the St. Augustine Catholic Church in Rensselaer, Pat married Andrew Mitchell, Jr. Andrew preceded her in death on June 18, 2015. Pat was a gifted seamstress, serving hundreds of local people with garment needs for over sixty-five years. She was a member of the St. Augustine Catholic Church in Rensselaer. Pat was a dedicated and avid race car fan who loved cheering on her son and grandson in their racing career. Surviving Pat are her loving children, daughter Rita Junk of Ft. Wayne, IN, son Andy P. Mitchell of Rensselaer, IN and daughter Andrea “Anna” Shaw of Rensselaer, IN; ten grandchildren, 19 great grandchildren, one great great granddaughter, her sister Joyce (Richard) Para of Illinois and brother Bob (Val) Slaughter of Tennessee. Pat was preceded in death by her parents, her husband Andrew, two daughters, Jeanne Gilbert and Susan Filson, two sons-in-law, Robert Junk and Charlie Shaw and her brother and sister-in-law, Paul and Margaret Slaughter. Friends will be received at the Jackson Funeral Chapel of Rensselaer Monday, July 2, 2018 from 4:00 to 8:00 p.m. Funeral services will be held at 10:30 a.m. Tuesday, July 3, 2018 at the Jackson Funeral Chapel with Father Don Davison officiating. Burial will follow at Memory Gardens Cemetery, Rensselaer. Memorials are suggested to the donor’s favorite charity.

The family of Patricia J. Mitchell created this Life Tributes page to make it easy to share your memories.

Send flowers to the Mitchell family.