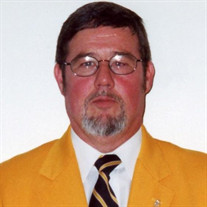 Robert Wayne Staddon, age 67, of Rensselaer, Indiana passed away at his home on Monday, July 8, 2019. Bob was born on July 21, 1951, the son of Cecil Raymond and Mary Katherine (Scripter) Staddon. He was raised in Rensselaer, graduating from Rensselaer Central High School with the class of 1969. Bob was a veteran of the United States Air Force. A truck driver for more than 50 years, Bob most recently drove for White Castle Systems, Inc. Bob was an active and dedicated dual member of the Loyal Order of Moose, Lodge #2272 in Rensselaer and Crawfordsville Loyal Order of Moose Lodge #6. Bob held all offices within the local lodge, including Administrator for more than ten years and was a nine time Governor. He was past State of Indiana President of the Indiana Moose Association and past Deputy Supreme Governor of Moose International. He was a member of the Rensselaer American Legion Post #29 and a life member of the Rensselaer VFW Post#1279. On November 21, 2009, in Rensselaer, Bob married Theresa J. Ream who survives. Including his loving wife Theresa, Bob is survived by five children, Corey (Sabrina) Staddon of Rensselaer, IN, David (Roxanne) Wise of Live Oak, CA, Greg Geesa of Rensselaer, IN, Heather Geesa of Rensselaer, IN, and Jamie (Kyle) Hesson of Rensselaer, IN; numerous grandchildren and great-grandchildren and three siblings, John “Pat” (Carolyn) Staddon of Anacoco LA, Susie (Steven) Pickett of Brook, IN, and Carrie (Bubba) Hendricks of Punta Gorda, FL. Bob was preceded in death by his parents Cecil and Mary Staddon and a sister, Billie Jo Bretzinger. Friends may call at the Jackson Funeral Chapel in Rensselaer on Wednesday, July 10, 2019 from 2:00 to 8:00 p.m. with the Loyal Order of Moose Pilgrim service being conducted at 7:00 p.m. Funeral services will be held at 10:30 a.m. Thursday, July 11, 2019 at the Jackson Funeral Chapel in Rensselaer with Rev. Randy Williams officiating. Burial with military honors will follow at Riverside Cemetery, Brook, Indiana. Memorials may be made to Mooseheart.

Robert Wayne Staddon, age 67, of Rensselaer, Indiana passed away at his home on Monday, July 8, 2019. Bob was born on July 21, 1951, the son of Cecil Raymond and Mary Katherine (Scripter) Staddon. He was raised in Rensselaer, graduating from... View Obituary & Service Information

The family of Robert Wayne Staddon created this Life Tributes page to make it easy to share your memories.

Send flowers to the Staddon family.