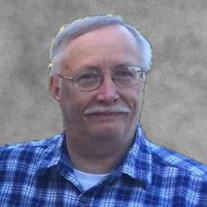 Roger G. Dewey, age 64, of Rensselaer passed away on August 29, 2019 at Palos Community Hospital, Palos Heights, Illinois. Roger was born in Chicopee, Massachusetts on November 12, 1954, the son of Gerald and Barbara (nee Mertka) Dewey. A resident of Rensselaer for the past 23 years, Roger had also lived in both Dalton and Oak Forest, Illinois. He was a 1972 graduate of Thornridge High School in Dalton, Illinois. Roger received his Associates Degree from South Suburban Community College and graduated in 1977 from the University of Illinois Chicago Medical School of Pharmacy. He was a pharmacist with Wal-Mart for 27 years and was currently employed at the Watseka, Illinois store. Roger was a member of the St. Augustine Catholic Church in Rensselaer. Surviving is his mother, Barbara Dewey of Rensselaer, Indiana, five siblings, Lynda (David) Ritter of Highland, Indiana, Dr. Lauren (Walter) Dewey-Platt of Boston, Massachusetts, Leslie DeMichael of Oak Forest, Illinois, Russell Dewey of Norridge, Illinois and Lisa Dewey of Oak Forest, Illinois; nieces Maureen, Lisa, Allison and Camille, a nephew Scott and a brother-in-law Joseph DeMichael. Roger was preceded in death by his father Gerald and a niece, Elizabeth O’Conner. Friends may call at the Jackson Funeral Chapel in Rensselaer on Friday, September 6, 2019 from 2:00 - 8:00 pm with Prayer Services at 7:00 pm. A Memorial Mass for Roger will be held at St. Augustine Catholic Church in Rensselaer at 10:30 am Saturday, September 7, 2019 with Fr. Don Davison officiating. Memorials are suggested to St. Augustine Catholic Church or Palos Community Hospice in Palos, Illinois.

The family of Roger G. Dewey created this Life Tributes page to make it easy to share your memories.

Send flowers to the Dewey family.