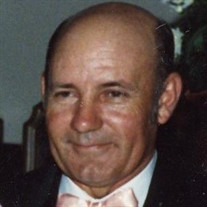 Ronald C. Warran, Sr., age 79, of Rensselaer, Indiana passed away December 19, 2019 at the Rensselaer Care Center. Ron was born in Rensselaer on July 31, 1940, the son of Leonard and Elnora (Crawford) Warran. He was a lifetime resident and attended both the Parr and Fair Oaks Schools. Ron was married on November 17, 1962, in Rensselaer, to Carol K. McAleer. Ron retired in 1995 from the former Northway Products where he had worked in shipping and receiving for 30 years. He later worked in the maintenance department at CDC Resources in Rensselaer. Ron was a member of the Parr Baptist Church and a former member of the Carpenter’s Union. He was an avid hunter, trapper and fisherman who loved being outdoors. When not outdoors he could be found tinkering and fixing things. Ron was a craftsman who enjoyed making furniture and other wood working projects. Surviving are two children, Ronald (Jo Winton) Warran, Jr. of Rensselaer, Indiana and Sandra (Gary) McMillen of Martinton, Illinois; four grandchildren, Tiffany (Richard) Brumbaugh, Sara Spurgeon, Jonathan Shireley and Shelby (Luke Sorensen) Marrier; two great-grandchildren, Willow and Lane; and his siblings, Ann (Jake) Sargent of Versailles, Kentucky, Jo (Jerry) Lattimore of Buffalo, Indiana, Roger (Cheryl) Warran of Wheatfield, Indiana and Rodney (Penny) Warran of Tennessee. Ron was preceded in death by his parents Leonard and Elnora, his wife Carol who passed away July 25, 2017 and a son, David who passed away on November 21, 1999. Friends will be received at the Jackson Funeral Chapel in Rensselaer on Monday, December 23, 2019 from 9:00 a.m. to 12:00 p.m. Funeral services will be held at 12:00 p.m. Monday at the Jackson Funeral Chapel in Rensselaer with Pastor Mark Warran officiating. Burial will follow at Memory Gardens Cemetery in Rensselaer. Memorials are suggested to the St. Jude Children’s Research Hospital, Memorial Processing, 501 St. Jude Place, Memphis, TN 38105-9959.

Ronald C. Warran, Sr., age 79, of Rensselaer, Indiana passed away December 19, 2019 at the Rensselaer Care Center. Ron was born in Rensselaer on July 31, 1940, the son of Leonard and Elnora (Crawford) Warran. He was a lifetime resident and attended... View Obituary & Service Information

The family of Ronald C. Warran Sr. created this Life Tributes page to make it easy to share your memories.

Send flowers to the Warran family.