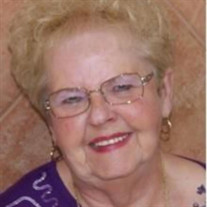 Sandra D. “Sandy” Oliver, age 82, of Huffman, TX, formerly of Hebron, Wheatfield and Cedar Lake IN, passed away Friday, October 8, 2021 at her daughter’s home in Texas. Sandy was born on March 4, 1939 in Chicago, Illinois, the daughter of James Elliott and Hazel (McClain) Parsons. Sandy graduated from Hirsch High School in Chicago, the Class of 1956. Her first marriage was to Jim Jordan who preceded her in death in 2006. She later married Jackson “Jack” Oliver, who also preceded her in death in 2018. Sandy enjoyed her career as an EKG Technician for 35 years. She previously worked as a police dispatcher for the Hebron Police Department for 10 years. She enjoyed traveling and playing games. Sandy is survived by her children: Cindy (Rick) Ruddach of Greenfield, IN; Connie Houle of Huffman, TX; Lonnie (Kim) Jordan of Crosby, TX. Also surviving are 8 grandchildren, 21 great-grandchildren, 2 half-brothers: Chuck Parsons, Mark Elliott, many nieces & nephews that were all very dear to her. She is preceded in death by her parents, husbands, son, Barry Jordan; son-in-law, Mark Houle and granddaughter, Amanda Jordan. Friends and family may visit at Jackson Funeral Service of DeMotte on Saturday, October 23, 2021 from 10:00 AM until the time of service at 10:30 AM with Rocky Jordan officiating. Interment will follow at Hebron Cemetery. Memorial contributions may be made in Sandy’s name to the American Cancer Society.

The family of Sandra D. Oliver created this Life Tributes page to make it easy to share your memories.

Send flowers to the Oliver family.