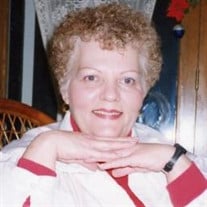 Sharon Lu Morin, age 75, of Rensselaer passed away Wednesday, December 5, 2018 at Franciscan Health Lafayette, Indiana. Sharon was born May 24, 1943, in Rensselaer, Indiana, the daughter of George and Estella Mae (Bozell) Morin. She had resided in Rensselaer for over 30 years, also having lived in California, Nevada, New York and Germany. Sharon graduated from Fair Oaks High School with the class of 1961. She furthered her education at Vincennes University where she studied Art, and at Indiana University where she studied Occupational Therapy. She worked in customer service at Cox Communications in Lafayette, Indiana, retiring after twenty years of employment. After retiring from Cox Communications Sharon began her own Internet Web Page Marketing business. Sharon previously worked as a civilian Executive Assistant at Grissom Air Force Base and as a caregiver at various nursing homes. Sharon was a member of the Unity Church Faith and Focus. As an artist she enjoyed painting in water colors and crafting. Sharon was affiliated with the Cherokee Nation Black Foot Nation. Surviving are her children, Christopher Day of Ocala, FL, Debbie (Mike) Millikan of Lafayette, IN and Jason Kent of Rensselaer, IN; a grandson, Seth Millikan and granddaughter, Amanda Day; and her siblings, Frank (Gladys) Morin and Rick (Rita) Morin, both of Ft. Meyers, FL, Dean Morin of Crown Point, IN, Linwood (Pat) Sprouse of Kokomo, IN, Linda (Joe) Zicherl of Rensselaer, IN, and Julie (Ralph) West and Deanne O’Neal, both of Indianapolis, IN. Sharon was preceded in death by her parents, George and Estella and a son, Douglas Scott Day. A time of sharing and visiting with the family will be held at the Jackson Funeral Chapel in Rensselaer on Saturday, December 8, 2018, from 10:00 a.m. to 1:00 p.m. CST. . In lieu of flowers memorials may be made to the family c/o Christopher Day.

The family of Sharon Lu Morin created this Life Tributes page to make it easy to share your memories.

Send flowers to the Morin family.