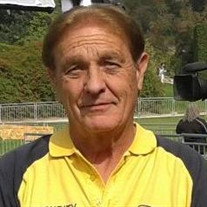 Stephen Anthony Urbanczyk, Jr., 73, passed away unexpectedly in his sleep on Wednesday, December 11, 2019, in his home in Redondo Beach, California. Steve was born on September 16, 1946, in Rensselaer, Indiana, the son of Stephen and Helen (Zroka) Urbanczyk. He attended St. Augustine’s Elementary School and graduated from Rensselaer High School with the class of 1964. He continued his education at Porter Business College in Indianapolis, Indiana. Steve was an Air Force veteran, serving with the 10th Security Police Squadron in Greece and England. He spent the majority of his post-military career in the Los Angeles, California, area. He met his wife, Sandy, in 1982 in Redondo Beach, California, at his place of employment of many years, Firestone Tire. Steve and Sandy bought an automotive repair business in 1986, which they named S & S Automotive, after themselves. They ran the business together through 2009. Later he began working as a security guard for Contemporary Services Corporation (CSC) at special events, including horse races at Hollywood Park, concerts, and soccer games in the Los Angeles area, which he thoroughly enjoyed and rarely considered as work. Steve will be deeply missed by his wife, Sandy, and his daughters, Rebecca and Christina, of Redondo Beach; a son Jason (Erin) and granddaughters, Chloe and Emme, of Parker, Colorado; his sister, Audrey of Arlington, Virginia; his best friend since elementary school, Scott Donnelly of Rensselaer; and his favorite four-legged boys, Stevie, Moo, and Scaredy-Cat. Steve was preceded in death by his parents, Steve and Helen, and an infant son, Vincent Stephen. Friends will be received at the Jackson Funeral Chapel in Rensselaer on Friday, December 20, 2019 from 9:00 to 11:00 a.m. Funeral Mass will be held on Friday, December 20, 2019 at 11:00 a.m. at the St. Augustine Catholic Church in Rensselaer with Fr. Don Davison officiating. Burial will be at Memory Gardens Cemetery with military honors.

Stephen Anthony Urbanczyk, Jr., 73, passed away unexpectedly in his sleep on Wednesday, December 11, 2019, in his home in Redondo Beach, California. Steve was born on September 16, 1946, in Rensselaer, Indiana, the son of Stephen and Helen (Zroka)... View Obituary & Service Information

The family of Stephen A. Urbanczyk Jr. created this Life Tributes page to make it easy to share your memories.

Send flowers to the Urbanczyk family.