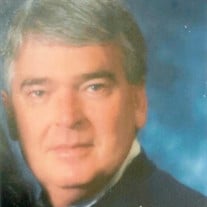 Terry David Hartley, passed away peacefully, at home, on October 6th, 2021 at the age of 80, with his loving wife by his side. He had been slowly declining over the last few years from the devastating effects of Alzheimer’s. Terry was born in Hammond, Indiana on September 23, 1941. When he was a young boy, he went to live with his paternal grandparents, who already had 19 children of their own. A few years later, Terry was lovingly welcomed into the home of his aunt, Ruth (Hartley) and her husband Verland “Twig” Terwilliger. They raised him as their own and he spent the remainder of his childhood growing up in Kokomo, Indiana with them. Shortly after graduating from Kokomo High School in 1959, Terry married Mildred “Millie” McAninch, in September 1961. They marked their 60th wedding anniversary this year! Working at the Kokomo Speedway in high school was the beginning of Terry’s love of racing and cars, especially classic cars. He & Millie would often attend the car cruise on Friday nights in Valparaiso, where he would showcase his 1966 GTO or 1969 Corvette, while hanging out with other car enthusiasts. One evening, he invited his eight year old grandson to come along with him. Terry told him they were going to pick up “chicks”. His grandson asked “where are they going to sit in the corvette?,” Terry replied. “the trunk”! Terry got his start in the trucking industry working as a dispatcher. Later on in his career he transitioned into sales & management, which took his family to various locations across the Midwest. In 1987, Terry & Millie took the leap to start their own trucking company, T & T Transportation, where he continued to work until his retirement in 2003. Watching professional sports and IU basketball was something he enjoyed throughout his life. Attending an IU basketball game at Assembly Hall with another grandson a few years back was a highlight for him. Watching games on TV was second to attending all of his children’s games … and later those of his grandchildren. If there was an event, he was there to cheer them on. Terry & Millie enjoyed getting together with friends to play cards. It wasn’t rare for them to go out to dinner and then stop by the gambling boats for a few hours. Terry always looked forward to his Saturday night poker games with “the boys” and their buddies until the wee hours. He loved the competition and action! Terry earned the honor and distinction of becoming a 32nd degree Mason of the Scottish Rite, Lodge 340 in Jeffersonville, IN. He was one of the founding members of Kankakee Valley Pop Warner Football League, where he also served as President. He was all about his family. His love and support was constant in all their lives and will be terribly missed. He is survived by his wife, Millie Hartley; children: Michelle (Keith), Troy, Mimi, and Trent (Amy). Being a grandfather to his eight grandkids (Brandon, Britni, Teague, Shelby, Tyler, Shea, Luke, and Charlie) and his four great-grandkids (Ava, Danae, Terence and Calvin) was one of his greatest joys in his life. He is survived by a brother, Jack Hartley, who lives in Michigan. Please join us for a Celebration of Life on Saturday, October 23rd from 2-4pm at Jackson’s Funeral Services of DeMotte, 200 3rd St SW, DeMotte Indiana 46310. www.jacksonfuneral.com We ask that in lieu of flowers you consider making a donation in dad’s memory to Dunes Hospice - https://www.duneshospicellc.com/donations, or Shriners Hospital- https://lovetotherescue.org/memorial-gifts/, or Kankakee Valley Pop Warner, P O Box 136, Wheatfield, IN 46329. The Hartley family spent many years vacationing together near Myrtle Beach, South Carolina, where Terry would spend hours walking the beach every morning before he would take up residence in a lounge chair, soaking up the sun and listening to the surf for the rest of the day. His wishes upon his death was to spread his ashes near his favorite place on earth, Myrtle Beach, together as a family.

Terry David Hartley, passed away peacefully, at home, on October 6th, 2021 at the age of 80, with his loving wife by his side. He had been slowly declining over the last few years from the devastating effects of Alzheimer&#8217;s. Terry... View Obituary & Service Information

The family of Terry David Hartley created this Life Tributes page to make it easy to share your memories.

Terry David Hartley, passed away peacefully, at home, on October...

Send flowers to the Hartley family.