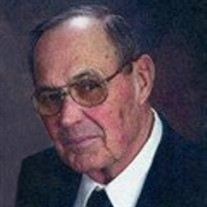 Thomas “Tom” Potts, 83, of Rensselaer, passed away November 18, 2020 at Franciscan Health Lafayette East. Tom was born at home on December 28, 1936 to the late Chester R. and Venita “Toots” Farrell Potts and was raised in the Goodland area. Tom is a graduate of Goodland High School class of 1954. Tom and Mary Lou Reed of Kentland were married June 23, 1956 at the Main Post Chapel at Fort Knox, KY. Tom and Mary Lou made their first home in Oakdale, LA while Tom was in the Army at Fort Polk, LA. After discharge from the military they lived in Goodland, IN before moving to Rensselaer in 1973. Tom retired from Jasper County REMC. He enjoyed his family, sports and the outdoors. He is a member of the St. Augustine Catholic Church, Knights of Columbus Council 1881, American Legion Post 29 and firing squad. Tom is survived by his: wife, Mary Lou of Rensselaer, two daughters, Deborah L. (Tom) Garrison of Indianapolis, IN, Denise M. (Brent) Eldridge of Warsaw, IN; two sons, Gary L. (Cindy) Potts of Apopka, FL and Greg W. (Colleen) Potts of Salt Lake City, UT; six grandchildren; Amber Garrison & Ryan Baize of Columbus, IN, Alicia Garrison (friend Ryan Jochim) of Indianapolis, IN, Amanda Eldridge of Lafayette, IN, Andrew (Miranda) Eldridge of Mentone, IN, Jackson Potts of Orlando, FL and Jenna Potts of Apopka, FL, one great grandson, Connor Baize; two step-grandchildren, Mellissa (Bob) Pachowiak of Lafayette, IN and Tom (Heather) Garrison of Lafayette, IN. Sister Janet Coffey of La Vergne, TN and sister in law, Marge Potts of Monticello, IN. Tom is preceded in death by his mother, father, and brothers, John Robert Potts and Donald Potts. A Funeral Mass will be held at St. Augustine Catholic Church, Rensselaer, on Monday, November 23, 2020 at 10:30 a.m. CST with Father Joshua Bennett officiating. Interment will follow at Mt. Calvary Cemetery with military rites. In lieu of flowers, memorials may be made to St. Augustine Catholic Church or St. Augustine Catholic School. Social distancing will be observed and masks must be worn at all services due to the current pandemic. A “Celebration of Life” will be held at a later date to share memories with the family.

The family of Thomas "Tom" Potts created this Life Tributes page to make it easy to share your memories.

Send flowers to the Potts family.