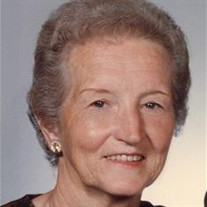 Tresa Woodke, age 93, of Rensselaer, Indiana passed away Tuesday, November 19, 2019 at the Rensselaer Care Center. Tresa was born on October 20, 1926 in DeMotte, Indiana, the daughter of John and Susie (nee Ettema) DeYoung. Tresa was raised in DeMotte where she attended school. She was a member of the First Reformed Church of DeMotte and a homemaker. On October 16, 1945, in Pensacola, Florida, Tresa married Gerald Woodke who preceded her in death on July 11, 2014. Surviving Tresa are three children, Gary L. (wife Karen) Woodke of Tennessee, Carol J. (husband Richard) Kohlhagen of Rensselaer, IN and Marvin L. Woodke of Monterey, IN, twelve grandchildren and several great-grandchildren. Also surviving are siblings, Violet DeKock of Fair Oaks, IN, Butch DeYoung of Hebron, IN, Susie Hamstra of DeMotte, IN, Gene DeYoung of DeMotte, IN, Rev. Roger (wife Janet) DeYoung of Holland, MI and Judy VanderMolen of DeMotte, IN. Tresa was preceded in death by her parents John and Susie DeYoung, three sisters and three brothers. Friends may call at the Jackson Funeral Chapel in Rensselaer on Saturday, November 23, 2019 from 9:00 to 11:00 a.m. Funeral services to be held Saturday at 11:00 a.m. at the Jackson Funeral Chapel with Rev. Roger DeYoung. Burial will follow at Sandridge Cemetery in Rensselaer. Memorials may be made to Samaritan’s Purse, P.O. Box 3000, Boone, NC 28607.

The family of Tresa Woodke created this Life Tributes page to make it easy to share your memories.

Send flowers to the Woodke family.