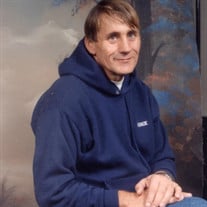 Vernon F. “Butch” Hammersley II, age 71, of Rensselaer, passed away on Monday, December 13, 2021, at IU Health in Indianapolis. Butch was born in Watseka, IL on July 31, 1950, the son of Vernon F. and Katherine L. (Roberts) Hammersley. Butch attended the Morocco public schools. He married Doris Elaine Taylor on January 18, 1969, in Morocco, IN and she survives. Butch worked as a supervisor for the Indiana Department of Transportation for forty-three years and was a self-employed farmer during that time as well. He also owned and operated B&D Pools & Spas for twenty-two years. Butch loved to work, farm, and care for his family. He loved spending time with his children and grandchildren. He and Doris took in numerous children other than their own and helped raise them and be there as parents for them. Butch will be missed dearly by his family and community. Butch is survived by his wife, Doris; mother, Katherine; son, Vernon F. Hammersley III of Lafayette, IN; grandchildren, Kaylie Ann (Colin) Quigg, Brandon Charles Baldry, Keegan Marie Hammersley, and Brendan Christopher Baldry; great grandchildren, Lucas and Ariya; siblings, Leatha Kleis of Avon, IN, Terry (Kathleen) Hammersley, and Patricia (Jim) Gerbracht; son-in-law, Jonathan C. Baldry. He was preceded in death by his father, a daughter, Lisa Baldry, and a sister, Idabelle Pipes.

The family of Vernon F. Hammersley II created this Life Tributes page to make it easy to share your memories.

Send flowers to the Hammersley family.