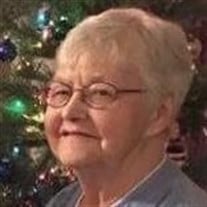 Wilma A. Lape, age 84, of Rensselaer, Indiana passed away November 27, 2018 at Franciscan Health Lafayette, Lafayette, Indiana. Wilma was born in Cedar Lake, Indiana on July 1, 1934, the daughter of Victor and Bertha (Hein) Schreiber. A resident of Merrillville, Indiana Wilma was a graduate of Merrillville High School. On July 7, 1950, in Merrillville, Wilma married Leland N. Lape who preceded her in death in 2001. Wilma had been employed for over forty years as a restaurant manager, retiring from the former Union 76 Truck Stop in Remington, Indiana. She enjoyed reading and baking and especially enjoyed taking care of her family. She was the Greatest Mom Ever. Surviving are her loving children, Dale (Carol) Lape of Wolcott, IN, Sandra (Roger) Linback of Maysville, KY, Sheila (Alan DeVault) Mow of Monticello, IN, Jackie Slater of Cincinnati, OH, Joseph Vetek of Rensselaer, IN and Debra Hofmeyer of Monticello, IN along with numerous grandchildren, great-grandchildren and great-great-grandchildren. Also surviving is a brother, Vernon Schreiber of Merrillville, IN, and two sisters, Marilyn (Keith) Massey and Carole Danford both of Dubois, IN. She was preceded in death by parents and her husband, two sons, David Lape and Jeffrey Lape and a brother. Friends may call at the Jackson Funeral Chapel of Rensselaer on Saturday, December 1, 2018, from 10:00 AM until 12:00 PM (Central). Funeral services will be held Saturday at 12:00 PM at the Jackson Funeral Chapel. Interment will follow at Weston Cemetery in Rensselaer. Contributions in memory of Wilma may be made to Combat Cookies by visiting combatcookies.org.

The family of Wilma A. Lape created this Life Tributes page to make it easy to share your memories.

Wilma A. Lape, age 84, of Rensselaer, Indiana passed away November...

Send flowers to the Lape family.